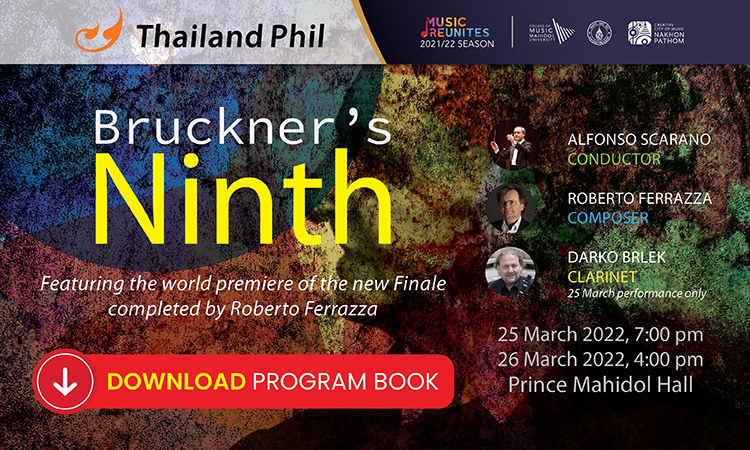 Bruckner, one of the world’s most significant symphonists, was able to complete only the first three movements of his Ninth Symphony before his death. He referred to the third movement as “a farewell to life.” Although he left significant sketches of a fourth movement, he was keenly aware that his time was running out. As such, the original three movements of this symphony usually stand alone, as an incomplete yet satisfying whole. Noted Bruckner scholar, Roberto Ferrazza, has composed a fourth movement based on Bruckner’s notes. Thailand Phil is proud to premiere this monumental work with Ferrazza’s final movement.

Accept All
Manage Consent Preferences Save