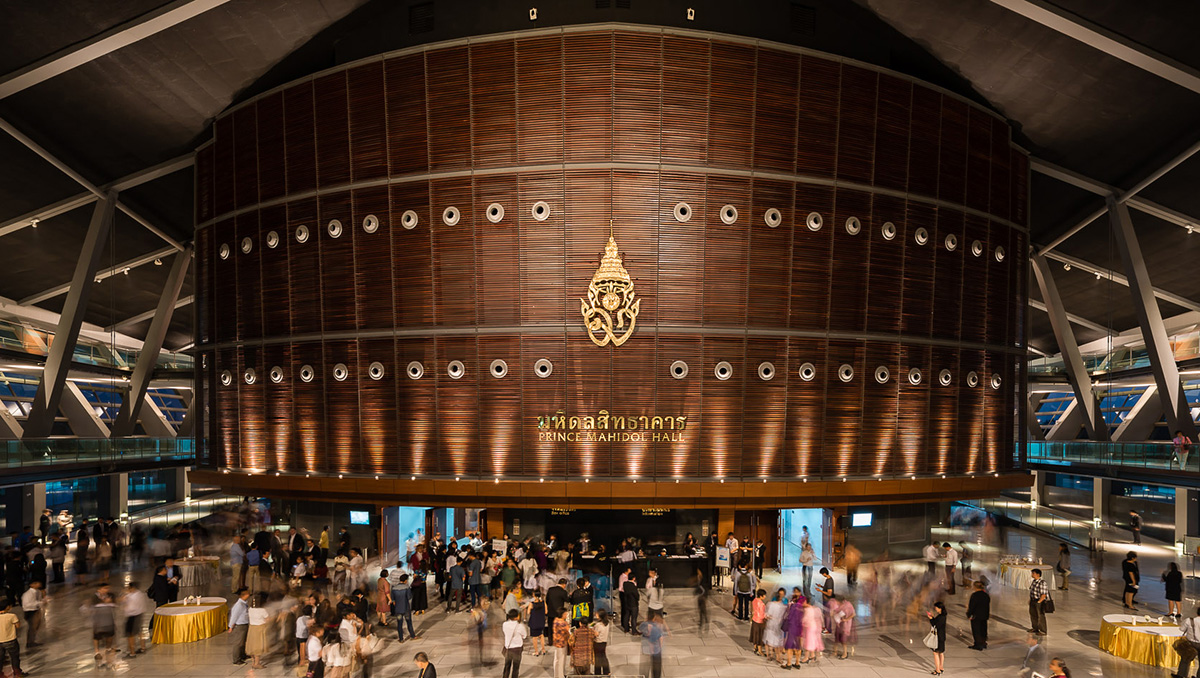 To build a grand hall that would be the proper venue for the graduation ceremony has been a long awaited project for Mahidol University since its first two presidents: Prof. Chatchawan Osatanont, M.D. and Prof. Kasan Chatikavanich, M.D. However, budget constraints at that time put the project on hold as precedence was given to providing higher education and funding research.

It had not been until 2006, during the presidency of Prof. Em. Pornchai Matangkasombut, that the idea began to materialize when the government allocated 990 million baht to match the equal amount from the university to finance it.

A new plan proposed by Prof. Em. Pornchai and approved by the University Council integrated more functions into the original project. The new building would have multiple purposes; it could accommodate a full symphony orchestra, operas, national and international conferences.

To achieve a building design that stands out and reflects its history, the university sought consultation from three well-respected figures in traditional and modern Thai architecture, namely Amnuay Suwankiri, Pichai Vasanasong and AVM Arwut Ngernchuklin, and opened design competition for the project, which attracted entries from more than 10 architecture firms.

The winning design by Architects 49 Co,Ltd. features design concepts that incorporate natural forms and traditional Thai architectural features. From the air the building is in the shape of Kan-phai flower, the floral emblem of Mahidol University. The pattern on its roof resembles the skeletal framework of human body, symbolizing the advancement of medical knowledge which inspired the birth of the university.

HRH Princess Maha Chakri Sirindhorn laid the foundation stone of the building on June 26, 2009 and named it Mahidol Sitthakarn, which means the building symbolizing the success of Mahidol University. As its construction has now been successfully completed, Prince Mahidol Hall debut concert was the New Year’s Concert 2014 of Thailand Philharmonic Orchestra in the soft opening on January 11, 2014. In March 23, 2014, the Tokyo Philharmonic Orchestra, 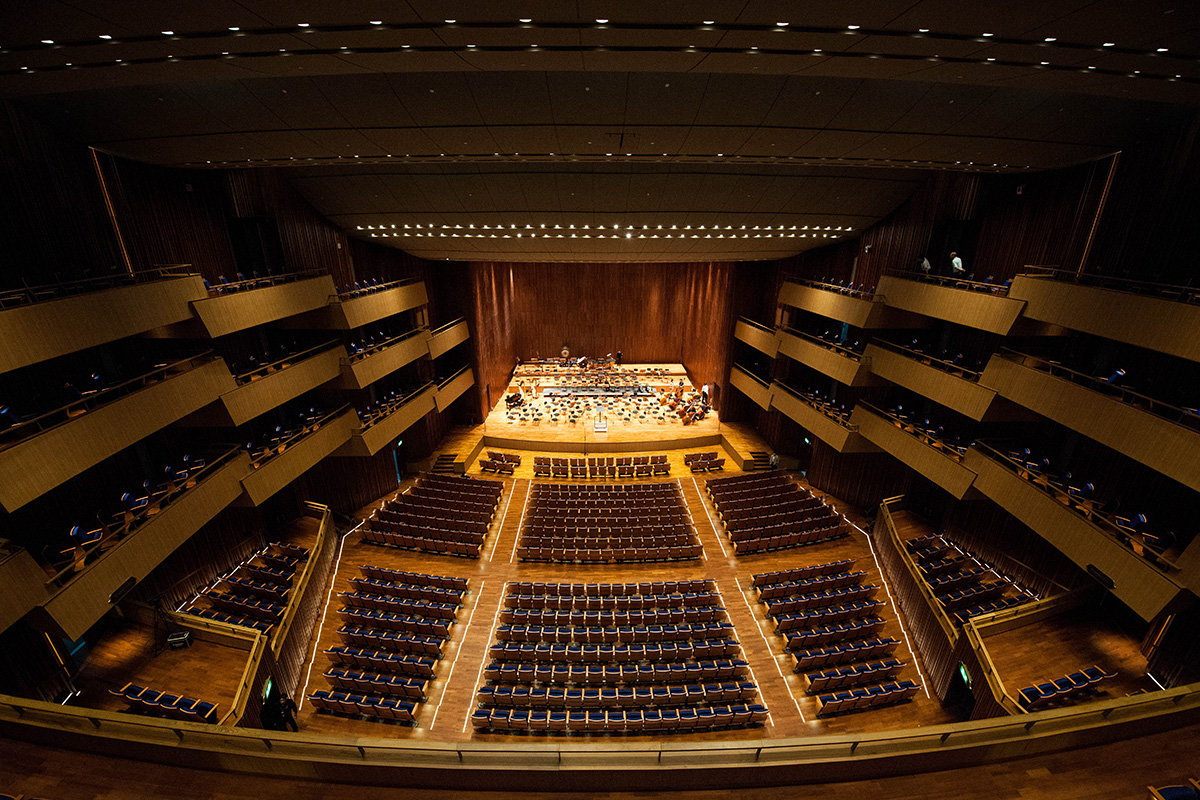