Home » Events » Echoes of The Warcry

Echoes of The Warcry 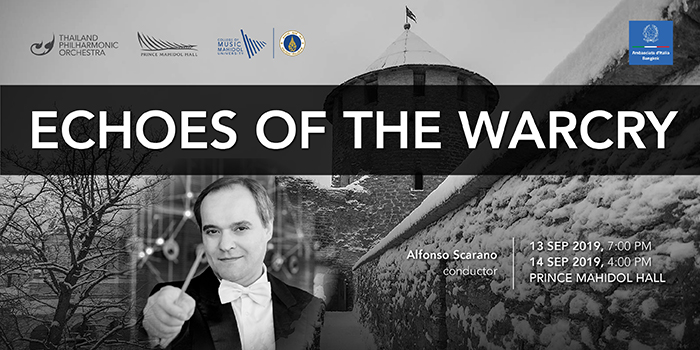 Shostakovich composed his Seventh Symphony in the aftermath of the devistating Nazi invasion of Leningrad during World War II. The music spells out of the horrors of the war, from the march of the invading soldiers to the gruesome battle that followed, the memory of the fallen, and the triumphant but not joyous finale. The concert opens with a decidedly more optimistic tone, beginning with the premiere of Prangcharoen’s Celebration commemorating the friendship between Thailand and China, and Mozart’s cheerful Prague Symphony.